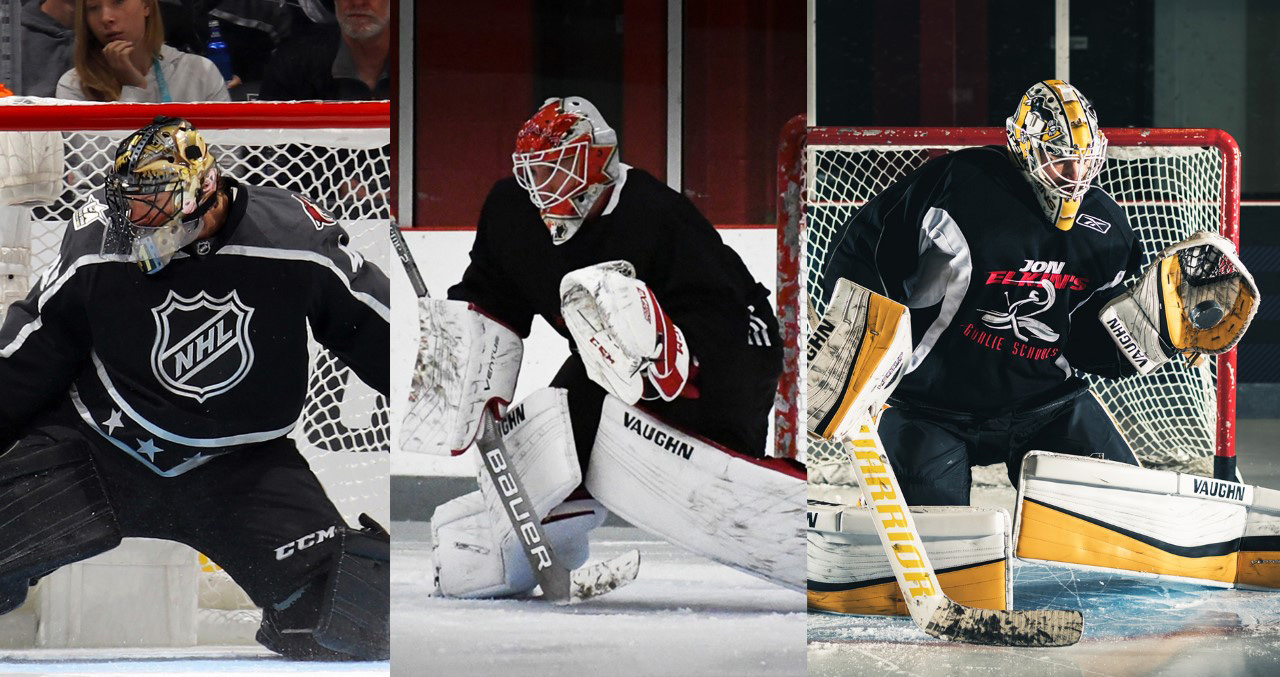 Sunday was a good day for Jon Elkin’s Goalie Schools’ NHL students Mike Smith, Matt Murray and Mackenzie Blackwood who all came away with wins. To start the day, Smith and his Edmonton Oilers played the Carolina Hurricanes at 3 pm. Statistically it was an average game; Mike stopped 28 of 31 shots, but statistics don’t tell the whole story. Smitty came up with an enormous breakaway stop in overtime allowing his team to regroup and go down the opposite way to win the game. Check it out:

Later in the day Matt Murray stopped 27 of 28 in a 5-1 victory over Detroit. Here are some highlights from the game as well as from the prior game against Tampa Bay where he made 36 saves in a 2-1 OT loss:

Mackenzie Blackwood continued his hot streak Sunday stopping 52 of 55 shots during the game and 6 of 7 in the shootout. What was extra impressive is that he let in two of the first four shots – neither of which was a particularly good goal. Down 2-0 six minutes into the game, Mac could have easily folded. He stuck with it. Maintained his focus. ‘The past is the past” as we always preach. He controlled what he could control the rest of the way facing 62 shots when including the shootout. The Devils ended up beating the Blue Jackets 4-3. The present four game win streak is Blackwood’s longest so far in his young NHL career. Mac leads all NHL rookie goaltenders in wins and starts. Check out the highlights: